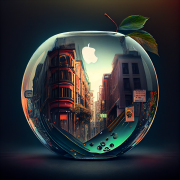 Using Forex to forecast foreign currency behavior can keep the management costs of projects agile.  Coping with the unforeseen or getting to know currency market unknowable(s) in an age where the global paradigm rewards anticipators of currency shifts’ This is smart. Yet ignoring market sentiment’s influence on currency punishes those who rely on the traditional quantitative malaise. Brexit stands as an example of how social outcomes are factors that can shift project scope.

Next to the US dollar and Euro, the pound ( and some would argue China) is widely used globally as legal tender for goods and services. Sovereign currencies pegged to the Euro, and the Sterling will experience sluggish markets first. Costs to ongoing projects will be at the whim of changes in expenditures to supply and will influence demand.

Consider this. A sovereign’s coin is like a living organism that is reactive to any social or political irritant. While tracking hourly journals of Forex markets will not satisfy all of your quantitative efforts, it is an excellent bell weather of how foreign currencies may influence your project scope.

The science of Forex forecasting offers the advantage of anticipating trending costs over the life of a project. That keeps a Project Manager nimble.

Market sentiment will always shift global monetary performance. And the social attitude that fueled Brexit has forever changed how we anticipate human economic behavior and its influence on the money.

The focus is to furnish effective copy and editing as a content specialist or contributing author to digital businesses and creative blogs.

This site uses Akismet to reduce spam. Learn how your comment data is processed.