Greece, Bitcoin and Lesson Learned About the Power of Currency 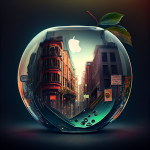 About the Power of Currency

Is the Greek Prime Minister Alexis Tsipras the “Sin Eater” of what has delivered his country into its current economic crisis? On the other hand, is he a pragmatic left-leaning hawk seeking to ease Greece into its monetary and fiscal reformation? In truth, depending on the interested observer, he is neither or both. Economists, bankers, and “monetary” regulators have long observed Greece construct its own unique liquidity trap. Adding injury to the growing fiscal policy divide between northern and southern Europe, there is a real socio-political battle. This cultural divide was subject to debate before the Euro dollar’s official arrival on January 1, 1999.

Greece continues its deepening struggles into a messy, old-fashioned, and complicated economy. There remains a growing cacophony for fiscal reform. The resulting frustrations found voice in a soaring chorus of moral indignation and a too hastily constructed populace referendum. It served only to delay the inevitable assumption of new debt and hard to keep promises of governmental and economic reform. Greece’s looming pain of austerity resulting from economic reconstruction is unavoidable, whether there is a Grexit or not.

The jaws of the liquidity trap are tightening – with few considerations for those on the receiving end whose lives depend on social contracts. Bridge loans from the ECB and IMF will merely be absorbed (once again) into financial systems and their creditors. Capital management continues.

A Grexit temporary or otherwise has its faults.

Realities are that even if Greece leaves the EU – a reconstituted sovereign coin would have little or no value. This would make the already impossible – more impossible, creating additional unknowable(s). A reengineered drachma would have little to no intrinsic value. In its latest attempts to monetize, if the ECB follows through purchasing high-risk, high yield bonds, Greece will hold more debt. There must be the introduction of a flight to quality coin that is scalable to Greece’s industries. A digital currency not burdened by the influence of sovereign politics and/or cross-border regulators.

Cryptocurrency like Bitcoin maintains a market value based on demand.

The nominal value of any country’s money mirrors its political system (governing stability) and demand for its goods and services. The maturity of both is what keeps macro and microeconomic engines primed and running smoothly, in good times and bad.

At present, Greece has little of either. Exiting the EU while keeping the ability to trade within the Euro monetary system is one answer. It does not repress the sense of moral hazard pervading member states. She has demonstrated that she is unable to pay back her debt. Greece’s repeated acceptance and need for regulators and member states bailout will cause her to remain EU’s welfare child.

There must be a sanctioned means of payment, generally accepted for goods and service across borders, to assuage the coming period of austerity in addition to providing breeding grounds for the return of a robust economy. Mass adoption of cryptocurrency like Bitcoin could be an answer because it offers safety and political autonomy. It must become a trusted source of payment across borders.

Clearly, a multi-country trading scheme that entails an aggressive pact for purchasing Greece’s goods and services…would place its exports front and center. This would go a long way in reinventing Greek GDP. These trading pact disruptions could work exceptionally well with developed nations whose currency rates are higher. Absent robust trading pacts, VAT reforms are of little use.

Cross border VAT structures must become progressive in ways that will endorse new trade agreements. In the face of this, broad-based economic reconstructs can assuage future needs for financial restrictions or harsh capital management. To oil the monetary machine, there should be mass adoption of a currency that will circulate outside the Euro system of regulation. One stripped naked of current politics and “monetary” unions. The establishment of a “Cryptoconomy” is necessary.

The use of blockchain technology or Bitcoin is how a system can adopt a monetary system alternative for times of challenging liquidity. So should there be a global currency of “safe haven”?

The need for Cryptoconomy is arguably one of the most valuable “take away” when considering that Greece must live with the Eurodollar to maintain economic stability. Their dependence on the Eurodollar is necessary to continue foreign trade, goodwill, and a stable economy. Trading partners that are essential suppliers and consumers to their markets will buy and sell almost exclusively in Euros.

In science, a hypothesis discovers validation by way of controlled studies. Cryptocurrency is the next logical step to achieving global economic parity once this tool attains the abilities to becoming “mass adopted.”

Digital currencies like Bitcoin will bypass the rocky socio-economic road filled with regulations and regulators – sovereign wealth gatekeepers. It holds the supreme position of becoming the alternative coinage of choice for the future. Greece is a country where cash is the predominant means of transactions. Achieving nominal Wealth through mass adoption of cryptocurrency will take time or a political-economic means of persuasion.

Nominal Wealth is more than just an idea.

A country’s currency has a thing called nominal Wealth attached to it. It is what brings about the mass adoption of the coin of choice. For a cryptocurrency to become that go-to money used by every segment of society. There must be the assurance that the capital of choice is welcome across borders and businesses. That means encouraging businesses to accept blockchain technology seamlessly as payment within their monetary system.

Greece, like many countries, is cash-dependent. People pay for their day-to-day needs with cash in hand. When you take that structure out of the local economy, there must be economic infrastructure ready to fill in the slack of downtime for transition. Once in general use, Bitcoin can replace cash dependency.

A crisis is a harbinger of opportunity.

For example, China acquired control over local businesses as it moved through Southwest Asia. Constituting its Yuan into local commerce targeted employee payouts while encouraging the populace to patronize businesses that accepted the Yuan. Those businesses became broad-based while offering incentives to use the Chinese Yuan. Over time, the domestic currency began to devalue. Employees, commerce, and those dependent on the Chinese method of payment soon experienced its increased value. The Yuan became their go-to monies for cash and banking transactions. The same scenario is possible for Bitcoin.

So can blockchain technology act as bridge money while creating a Cryptoconomy?

Rather than offering additional debt to liquidate stressed economies with regulatory infused currency ….blockchain technology is more agile. Its critics would argue that cryptocurrency has a gyrating unregulated market.

Futures trading influences the daily values of official government currencies. A sovereign coin loses or gains in market value through governmental instability and/or changes in socio-economic constructs. What blockchain technology brings to the table is transaction transparency, a factor lacking in most financial institutions.

Should Greece exit the Eurozone, cryptocurrency can act as a permeable underlayment of currency. Unencumbered by the global socio-economic market, it can act as bridge financing for goods and services. In the absence of traditional capital, Bitcoin can help maintain committed GDP growth. This could offer Greece a less expensive monetary easing.

The drachma would have time to reestablish value in a dual currency system.

The focus is to furnish effective copy and editing as a content specialist or contributing author to digital businesses and creative blogs. Whether it is to inform or for use as technical analysis, across industries by exampling AP style or the simplicity of engaging storylines, effective content has the power and simplicity of engagement across all industries.